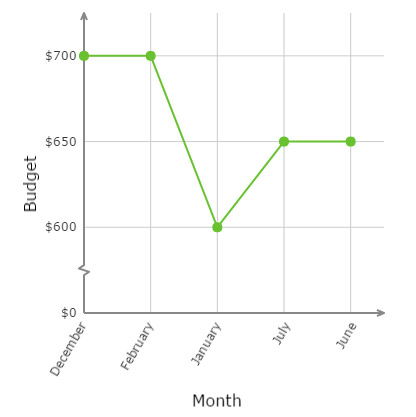 Oyster River News.  I haven't posted anything since the election.  There's a controversial and groundbreaking transgender policy that I think will be approved soon, and news that Mast Way and Moharimet have the same number of entering Kindergartners, 52 each -- usually there are 10 to 15 more entering Moharimet. Inequitably MW will have 3 classes of 18, Moh 4 classes of 13.


But I'm going to ignore all that for now and talk about online math.  My daughter is reluctantly doing some online math this summer in preparation for eighth grade algebra.  She's using IXL math, which is an online skill drilling system provided by the district.   She's up to eighth grade H 11 rate of change.

The questions all involve looking at a table or graph of a time series and calculating the rate of change of a quantity between two times by subtracting the earlier amount from the later amount and dividing by the time between them.

The time axis ticks are labeled by consecutive times.  IXL has no problem when time is a number, like seconds or years, but it has a skewed idea of the ordering of the days of the week and the months of the year.  For example, consider this problem: 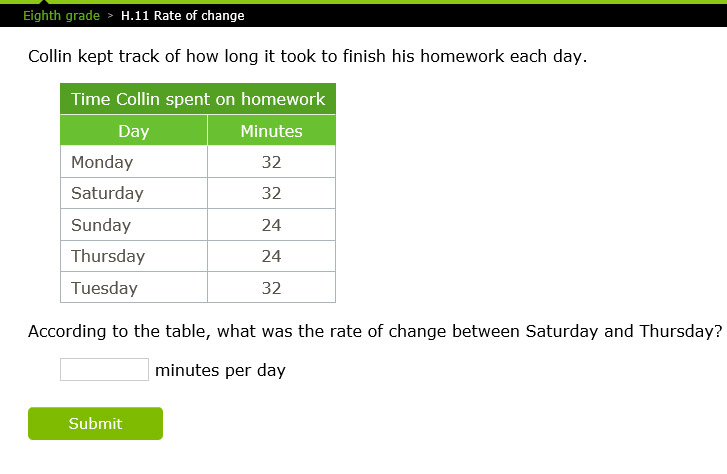 The odd order of the days of the week makes this incomprehensible.  I suspect the problem is in their internationalization software where apparently they have the weekdays ordered alphabetically: Friday, Monday, Saturday, Sunday, Thursday, Tuesday, Wednesday.

Like the weekdays, the months are misordered alphabetically April, August, December, February, January, July, June, March, May, November, October as in: 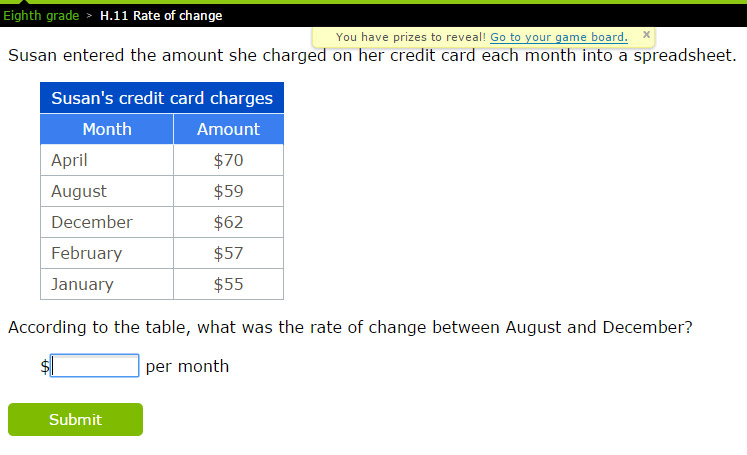 The answer to this problem is 3, because August to December is considered one month in this ordering. (By the way, in my experience "3" is the most common answer to math test problems, so if you ever have to guess...)


Anyway, my daughter was pretty distraught over the whole thing. It really is a pretty awful bug that should have been caught.

Update: Monday, 8/17.  IXL quickly responded to my facebook post to their page.  (They don't make it obvious how to report bugs, so I tried four or five ways.)  "Hi Dean, good catch - this is definitely a bug we are aware of, and our engineering team is making it a high priority to fix it."  I'm impressed by their fast reply, and I hope to be impressed by how quickly they fix the bug.  Stay tuned.

Thank you for contacting IXL and bringing this to our attention.

Our engineers are working on this bug now, and this will be fixed by tomorrow. The days of the week and months of the year will then appear in the proper order again.

Thank you again for bringing this to our attention! If you have any additional questions, please let me know.


That's pretty fast for a company to respond, and it's obviously written by an actual person familiar with the issue, so it seems they're really taking it seriously.  If they're resentful about me writing it up here, they're not showing it in the least. Good for IXL.

As of Monday 11:50 pm there is still no change.  I'll check tomorrow.   My girl also had a glitch in Math8 E8, maybe last Thursday, where the number line drawings were not rendering correctly, leaving a question about a garbled diagram. F5 refresh fixed things, if you tried it.  I checked it today and it seems to have been fixed -- at least I can't reproduce it.

Update 3: Thursday August 20, 2 am.  IXL has fixed the problem.  They sent me an email Tuesday saying they were testing the change, and some time in the last few hours they released it: 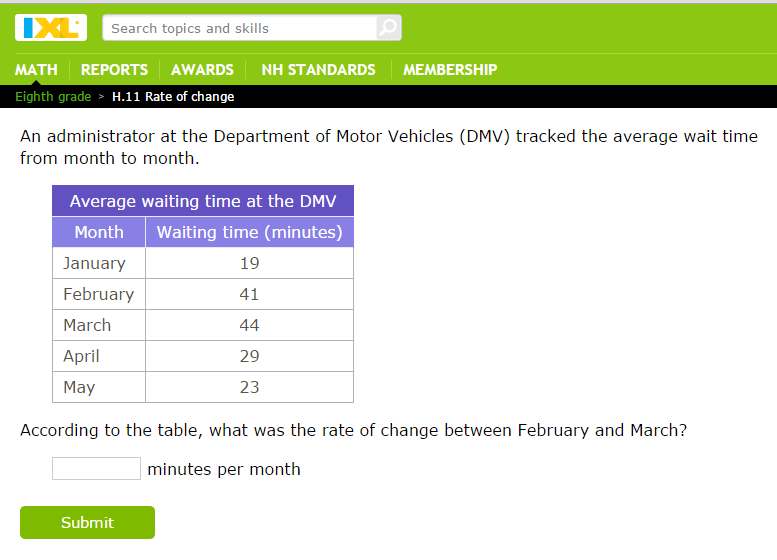 The question makes a lot more sense this way.  (And if you guessed "3" ... you're right!)  IXL did a great job responding to me and fixing the problem.  They weren't quite done by Tuesday like Joe said but it got done quickly but apparently not so quickly that other errors were made.  I'm impressed.  I especially appreciate how they didn't shoot the messenger.

OK, back to the original post.  Here's one of the explanations explaining why I was wrong counting Friday to Sunday as two days. 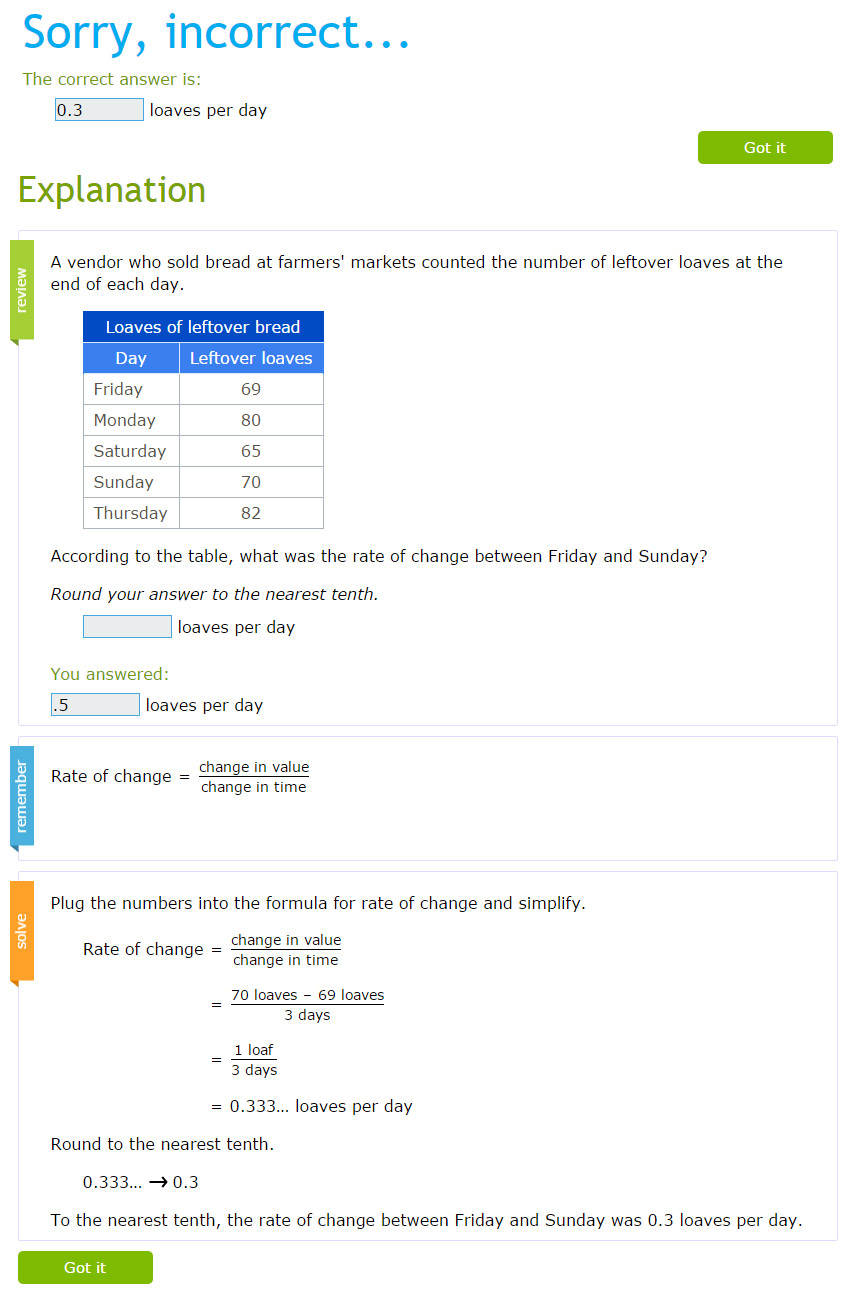 Apparently the good folks at IXL need to go back to their own first grade and brush up on a couple of skills. 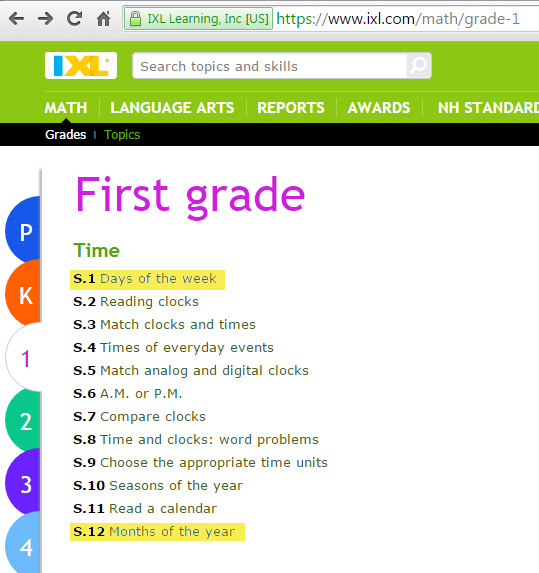 I've reproduced this behavior on Internet Explorer and Chrome on Windows 8 and Windows 7, and on Safari on a Mac, and on Chrome on my Android. Haven't checked the app. I've only noticed it on Grade 8 H11. First grade S12 above seems to work fine.

Beyond the weird bug, I'm not sure the pedagogy here is all that great. If I was teaching rate-of-change, I'd focus on: (1) Rate, rate of change, and rate of increase all mean the same thing, how fast a quantity changes. This means how much a quantity changes per unit time, so it's always change in quantity divided by the time over which the change takes place. (2) It's always later minus earlier in the denominator, because that's the same thing as the time interval. (3) It's always later minus earlier in the numerator. This is very confusing to students until it isn't, and it is a recurring pattern they will use again and again in all future math and science so drill it in. (4) Rate of change means rate of increase, and a negative increase is a decrease. (5) As the time interval decreases, the rate of change approaches the tangent. (6) I would focus more examples on domains where rates of change play a large role, like physics. (7) The inverse operation, given a rate and a time interval calculate the amount, should be taught at the same time. I don't think IXL does a very good job on any of these.

So beyond the month names making Doug's budget below incomprehensible, I have other issues. I don't like asking students about "rate of decrease" which is the opposite of what the students are being taught to calculate. Furthermore, the past tense "was" is not right to refer to a budget for the future. 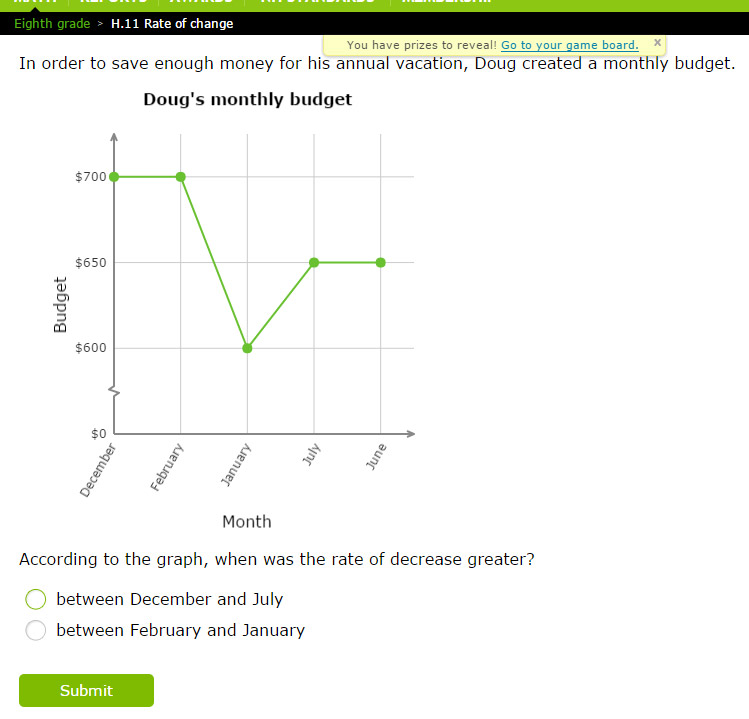 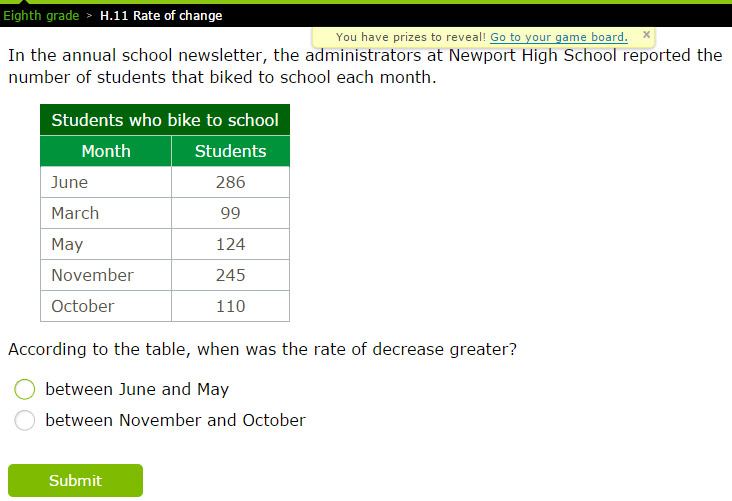 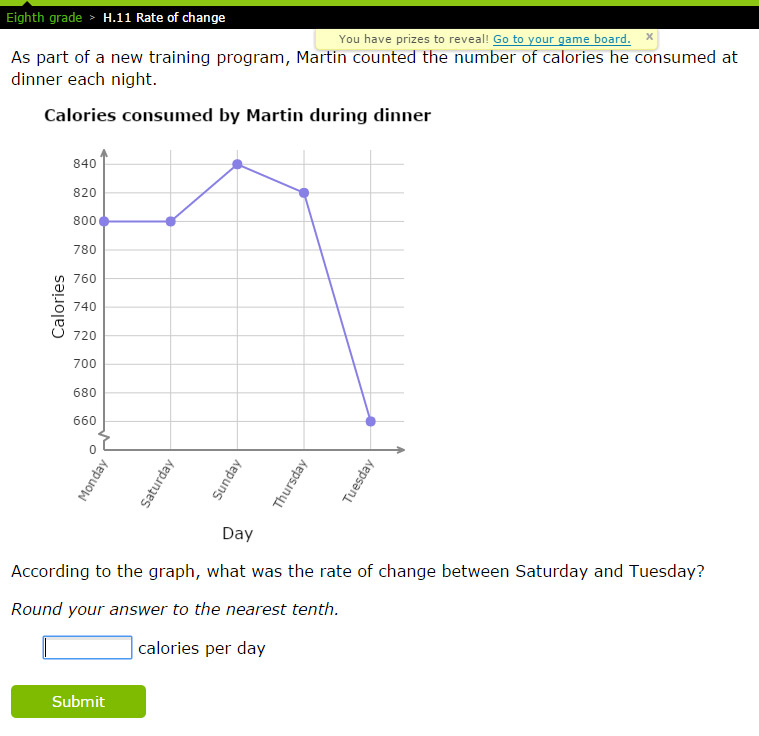 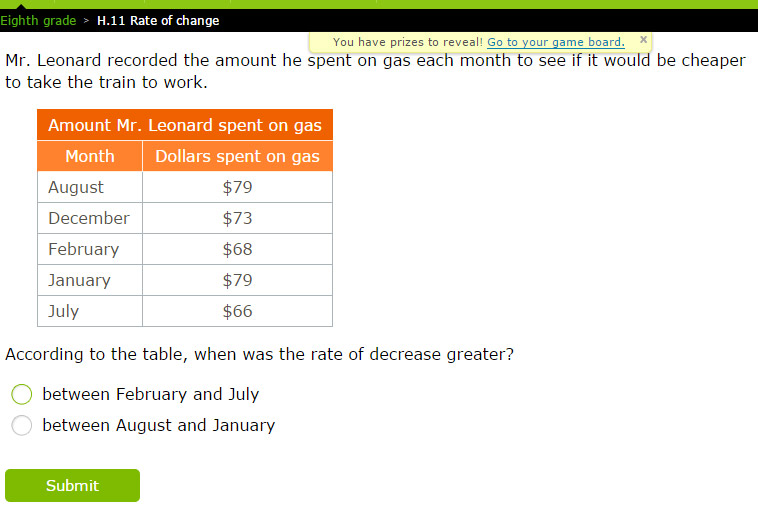 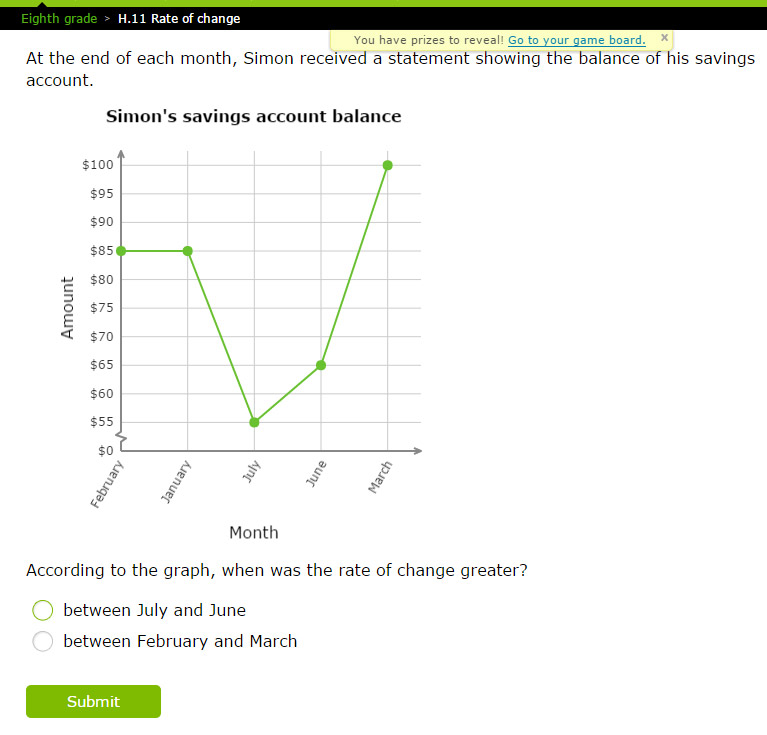 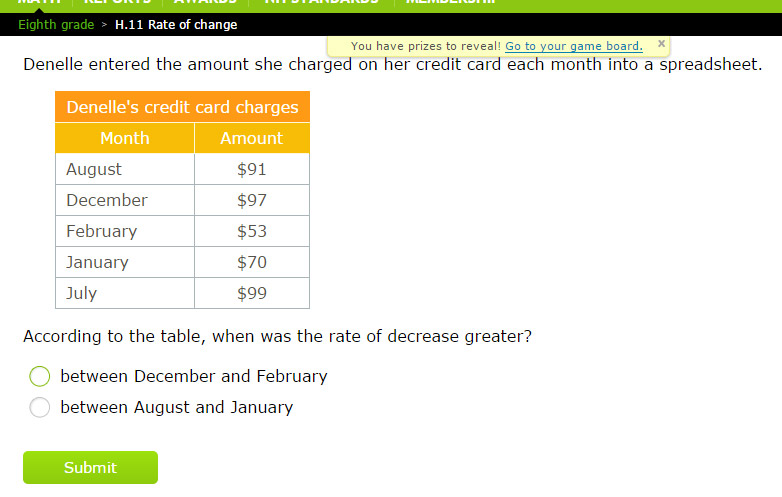 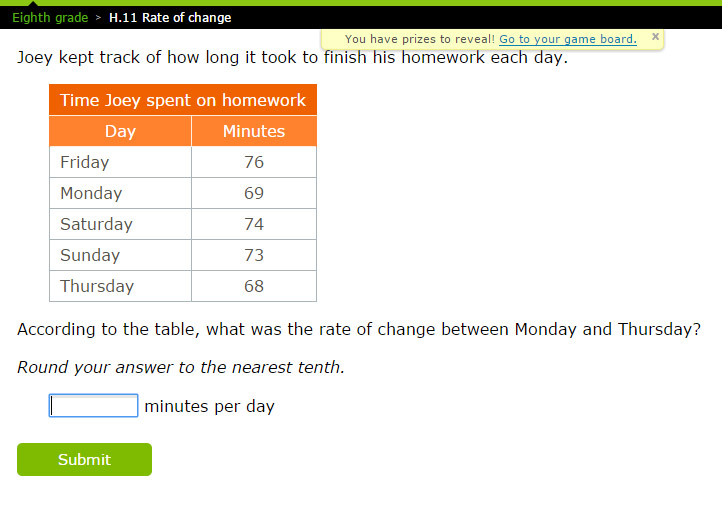 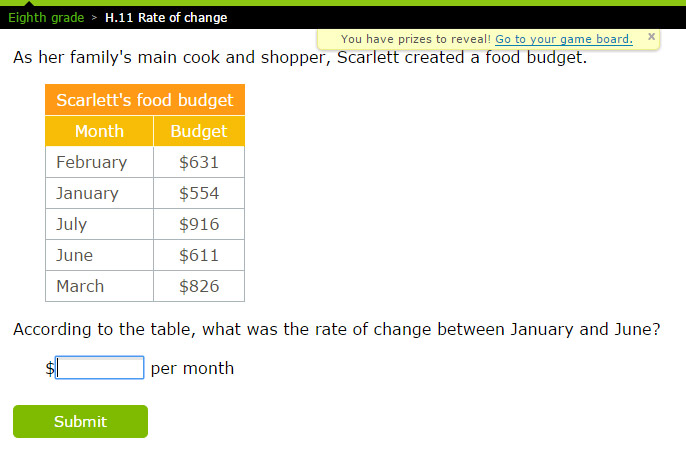 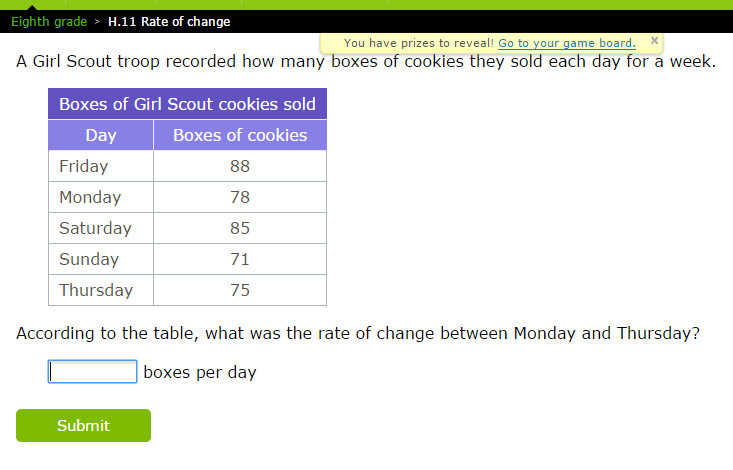 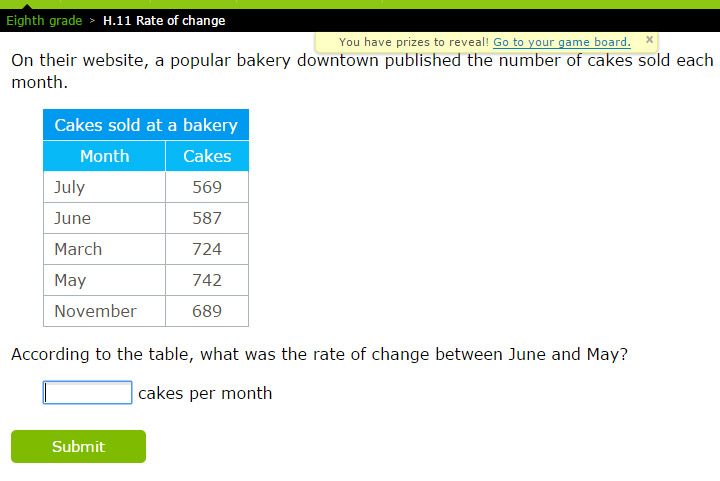 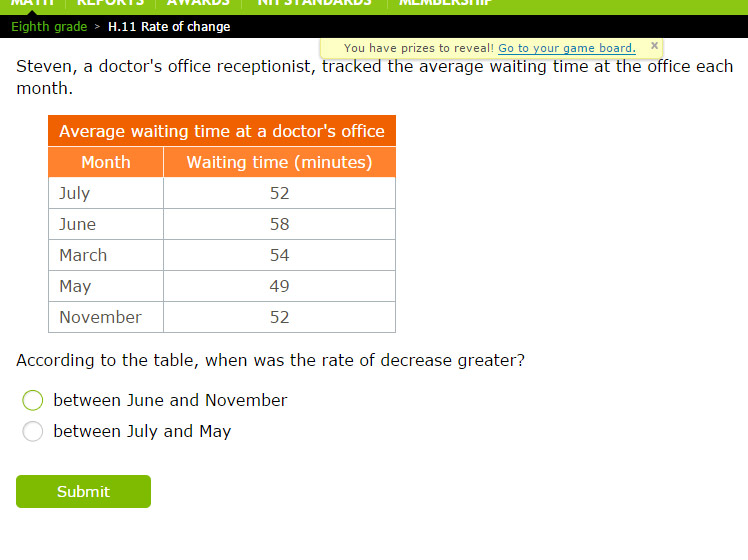 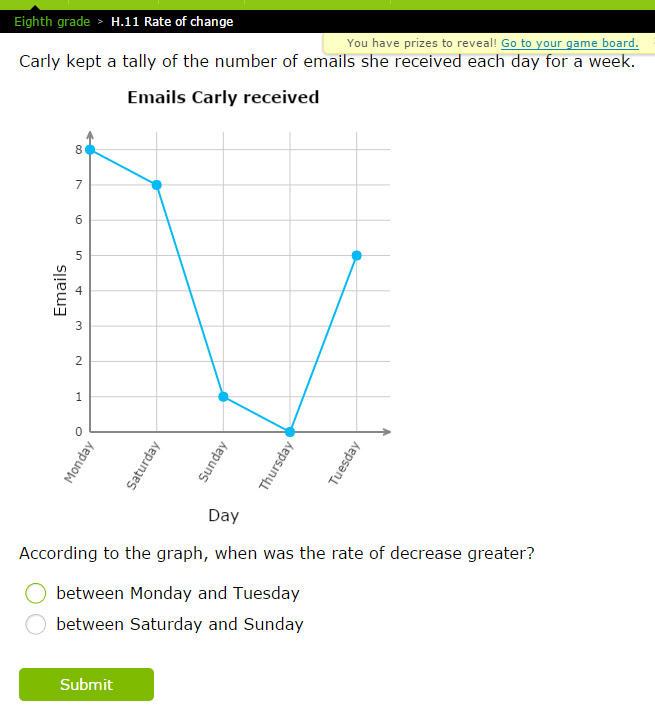 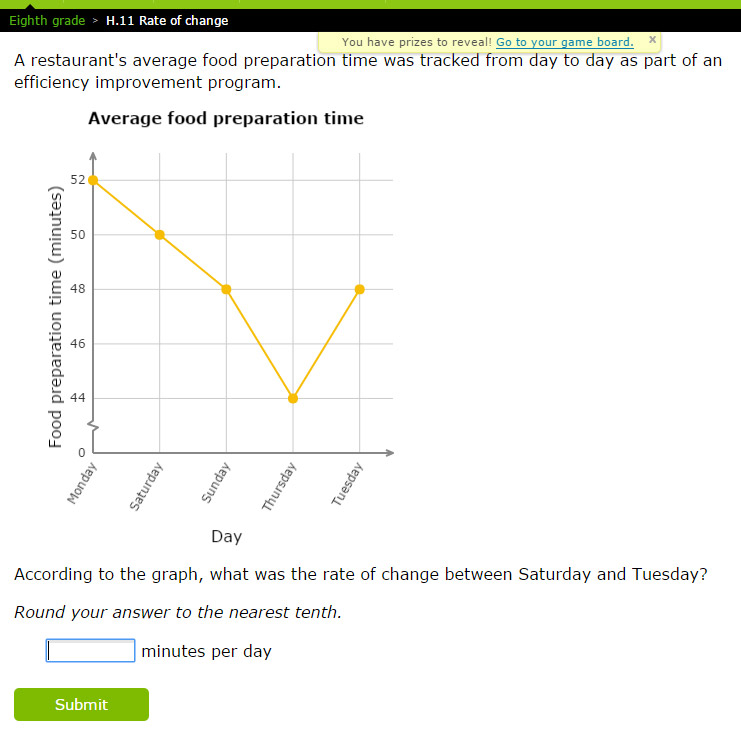 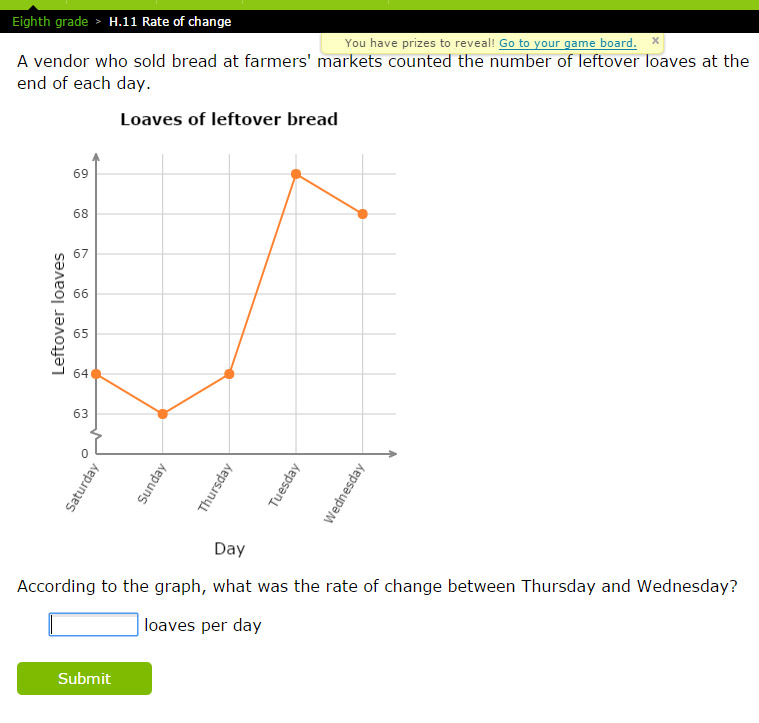 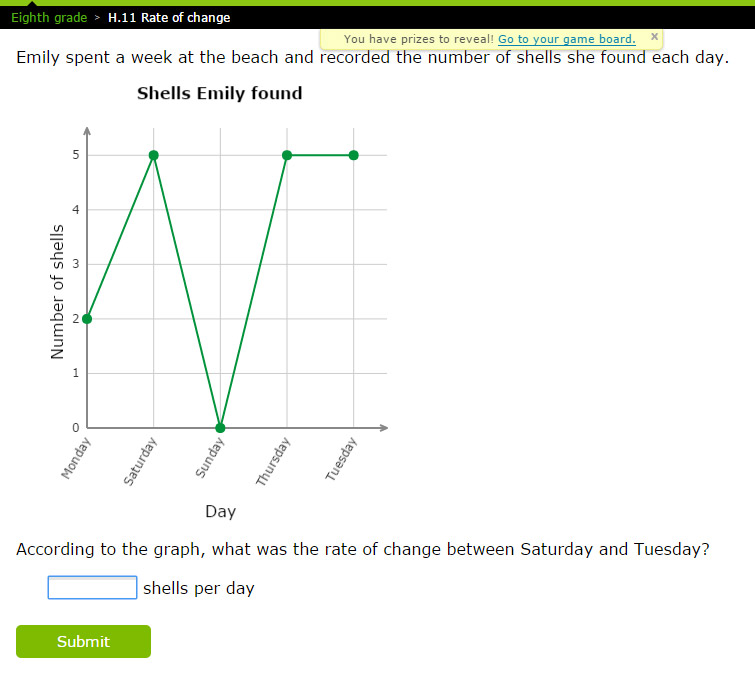 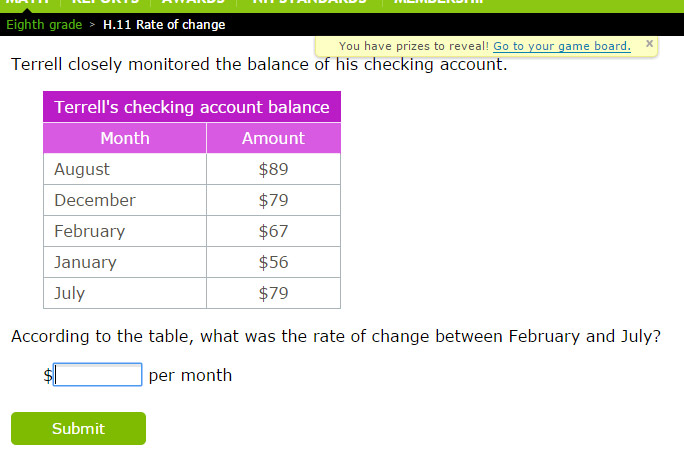 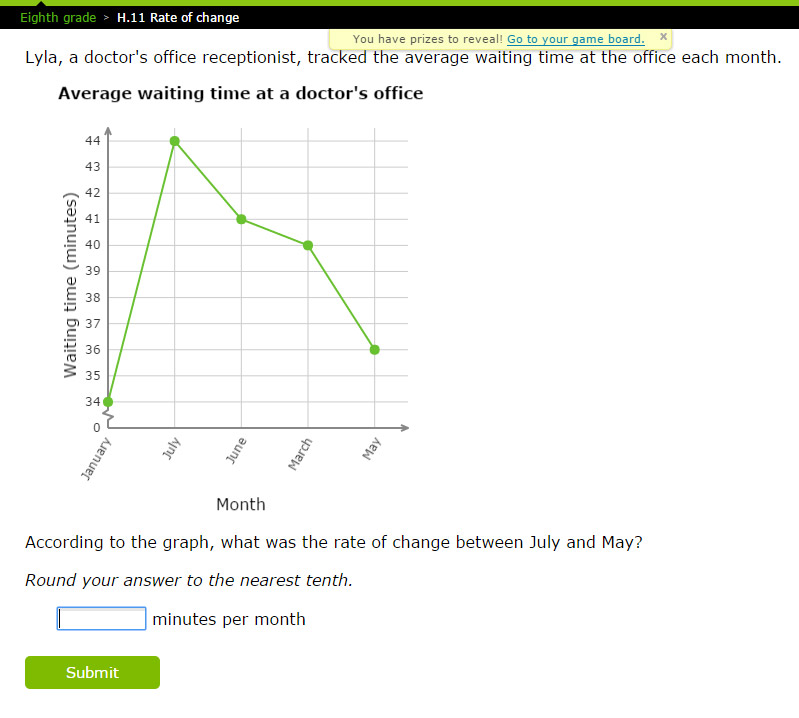 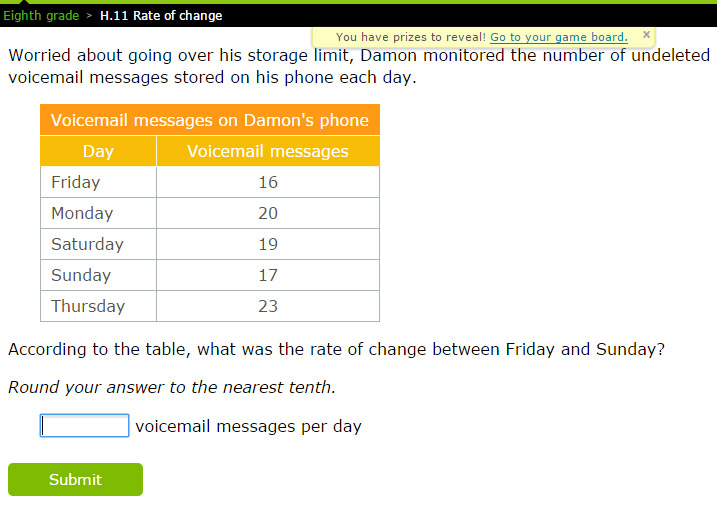