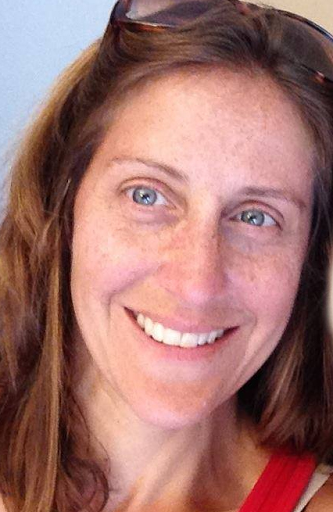 The position became available when on March 3, 2021 current Assistant Superintendent and former High School Principal Todd Allen announced his retirement effective June 30, 2021. It seems like yesterday, but Principal Filippone began at Oyster River High School in the fall of 2016, as did my daughter.

Of course the problem with hiring from within is now we need a new high school principal.  The superintendent vows to search immediately, hoping to hire for this September. "Depending on the market" we may be in for another interim interval.  We had an interim principal when then Principal Todd Allen was promoted in November 2015 after Assistant Superintendent Carolyn Eastman resigned suddenly in September 2015. What happens is one of the deans named Mike takes over as principal, probably while applying for the permanent position.

On March 17, 2021, the newly elected board met and as its first official act, chose Michael Williams as chair. It was a contested race -- outgoing chair Tom Newkirk nominated Brian Cisneros.  The vote was 4-2-1.  Denise Day was chosen vice chair, also besting member Cisneros.

Strafford County Health organized a program to give the Pfizer COVID vaccine to Oyster River High School students age 16 and up.  The first dose was Saturday, April 17, 2021 in the high school parking lot; students queued up in cars at their appointed times.  The vaccine arrived late, causing delays until around 10 am.  According to my boy's vaccination card, second doses are scheduled for May 8, though I haven't seen anything official from the school yet and it's getting close.

At tonight's school board meeting the superintendent relayed that Strafford County will do a similar vaccination pod for 12-15 year old Oyster River students when the vaccine is approved for that age group, which is expected within a week or two.

Per the governor's order, all state public schools were opened five days per week beginning April 19, 2021.  Oyster River was rather languid in complying.  Monday, April 19 had long been scheduled as a day teachers and staff would receive their first vaccination en masse like the students two days before.  There was concern about the teachers' ability to teach Tuesday, and Wednesday had PSATs in person at the high school so the schools opened on Thursday, April 22.  They promptly went on vacation for a week after Friday, April 23.  Today, seventeen days from the ordered April 19 opening, there have been a total of five in-person days.

Reportedly it's been going great, with the feeling of the first days of school. Traffic around the elementary schools has been well-handled despite the increase due to the district encouraging car pickup to keep bus crowding down.  Unfortunately the same can't be said of the high school, where fifteen minute delays on Coe Dr. in the afternoon are now the norm.   The increased traffic raises safety concerns; the superintendent reminds all drivers to stop for a school bus with flashing lights, as the law requires.

The Oyster River school board voted to join the Contoocook Valley lawsuit claiming the state has failed to fund an adequate education as required by the state constitution.  This of course has been a perennial issue since the Claremont cases in the nineties forced the state to actually come up with a process to assure all students have an adequate education.  The current system is partly funded through the "State Education Tax" line on your property tax, proportionally paid by every property owner in the state, and distributed to towns in proportion to the neediness of students in town.

The legislature has determined that $3,800 per student is what is required to fund an adequate education for a typical student; they add about an extra $2000 for special ed students and $2000 for free and reduced lunch students, plus around $800 for each 3rd grader who fails a reading test and some others. For reference Oyster River spends over $18,000 per student.  [That number, stated by the superintendent tonight, is closer to the cost-per-pupil, a technical measure which omits expenses like  transportation and interest if I recall.  The naïve calculation is a $50 million budget divided by around 2200 students, $23,000 per student per year.]

I think of the cooperative financially as a pizza with 9 slices; 4 for Durham, 2 for Lee, 1 for Madbury and 2 for the state.  Of its $50M budget, Oyster River gets around $9 million in state aid via the three towns.  The variations in these state numbers from year to year cause much of the turbulence in the tax rates.

The decision to join the suit may cost the district $30,000 in legal fees, less if additional districts join the suit.

Member Howland points out that wealthier districts like ours have been reluctant to join such suits, as it appears to be against their interests.  That's because a ruling that favors needy towns tends to reduce funding to the richer, so-called donor towns, the towns able to fund the lawsuit.

The board voted unanimously to join the suit, with the moral imperative to do the right thing and make the state step up to its obligations to fund education outweighing the direct and indirect financial costs that might be levied as a result. That made me proud to have voted for them all.  I wonder how I'll feel when the taxes go up.

The Oyster River School Board will meet for a public forum on Wednesday, May 12, 2021 at 7:00 PM at the high school in the Auditorium to begin discussion on the opening of school in the fall and any other issues related to this opening.  The forum will be streamed but if you want to ask questions you'll need to be in person.

A community forum on recent violence against Asian Americans, including how to incorporate Asian American experiences into Oyster River's commitment to equity and anti-racism, will be held on Tuesday, May 25.  I don't see an announcement for this one so I won't guess on the time and place.

The board voted unanimously to hire two full time teachers to teach Mandarin from sixth through twelfth grade.  The plan/hope is for at least one of the current Mandarin teachers to continue with the district.  The board further decided to apply for a grant to fund a third teacher to run a Mandarin after-school program.  That teacher would not be hired if the grant failed to materialize.

Mandarin teaching had been funded largely by the Confucius Institute.  That support has dried up as UNH has ended its relationship with the Institute, forcing the district to face the hard decision of supporting the positions using taxpayer dollars.  There is the possibility of some grant money from a non-profit connected to Chengdu University; the board, unsure about the source of the money and the need to apply annually for the grant, showed its commitment to Mandarin by funding the positions locally.

There was a plan to move up some capital spending to the current fiscal year to free up up to $200,000 to pay for the positions.  The shuffling is necessary as the district is not allowed to spend more than the voters appropriate in March.  Plans to expand the world language program to fifth grade and the elementary schools were discussed but not acted upon tonight.

I should mention that I thought the decision to spend hundreds of thousands in these difficult budget times when there were a few interesting alternatives, including the admittedly questionable grant money they're applying for, a local organization that teaches Mandarin for $4500 a class or something, and free classes through VLACs, was a bit hasty.