Sadly, the seat became vacant when veteran board member Kenny Rotner succumbed to cancer on August 10, 2020. I'll write more about Kenny when I can bring myself to do it.

Kenny was last elected in March 2019 so his term will be up in March 2022. That means the winner in March, 2021 only gets a one year term, and would have to run yet again in March 2022 to continue to serve, this time a full three year term.

The March 2021 ballot will also include the three separate town races, for a total a four races, each with a separate list of candidates.  Every district voter can vote in all four races, the three town-specific races and Kenny's at-large seat.

Somewhat incredibly, eight people applied for the open seat (that's an edit; I originally reported eleven). That's a marked contrast from a typical March election, where the incumbents are generally  unopposed, and open seats often have only one candidate.  It never occurred to me that people want to be on the school board, they just don't want to run for election.  Ironically, Ms. Turell, as the chosen one, will have to win election twice if she wants to keep her seat more than eighteen months.

Please click on the image above for the summary from the minutes of the seven public comments made by the candidates two weeks ago at the September 16 meeting or click here for the video of the full comments.  Below is the summary of the board voting that night.
Candidate Brendan Jorgensen got zero votes when his name came up, which wasn't recorded in the minutes. The board chose Yusi Turell and Debbie Harmon as the finalists among the applicants.  They interviewed each for a half hour tonight before deciding.

There was some preference toward a candidate from Lee to correct a seeming imbalance on the board, with four Durham members (counting Kenny), two Madbury members, and one from Lee.  (4:2:1 Durham:Lee:Madbury would be more representative.) The coop is structured so there are three members from the individual towns, and four at-large members from any of the towns.  My opinion is if Lee wants more representation, more folks from Lee should run for the at-large seats. It's not the board's job to address this.  Ms. Harmon is from Lee and Ms. Turell is from Durham.

Members Howland and Cisnernos voted for Ms. Harmon, seeing Ms. Turell more as a potential long term member who should best earn her seat by winning in March.  I don't really understand the logic; nothing precludes the appointee from running in March, and it's expected that most would.

While both candidates were excellent, in Ms. Turell the board had a candidate very up to speed on current issues, with many of her own opinions about the direction of the district. Ms. Harmon presented herself as having no agenda other than to help out in this difficult time, though she admitted she would have a lot of catching up to do. 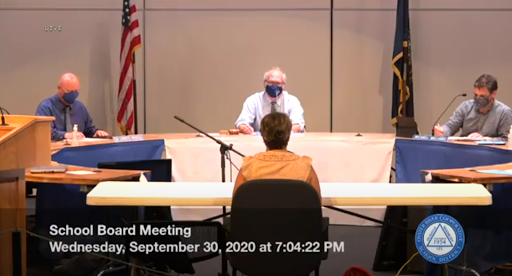 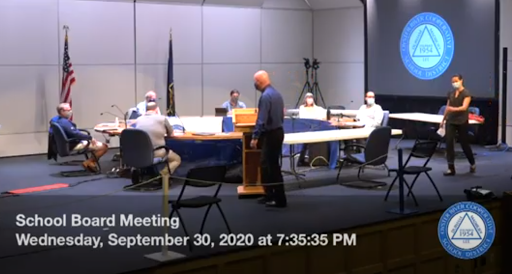 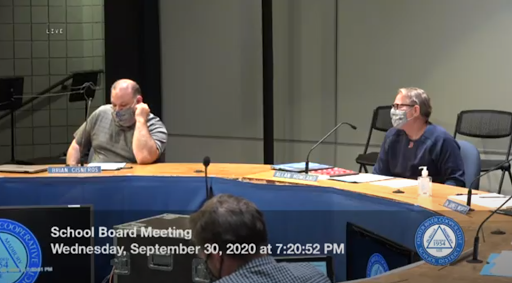 Members Cisneros and Howland voted
for candidate Harmon
There's of course plenty of other news with the semi-return to school and the progress on the new middle school, along with the associated budget concerns.  But we'll get to all that another time.
Congratulations again to newly appointed Oyster River School Board Member Yusi Turell.  Kenny set a great example that we would all do well to try to live up to, and I'm confident that you will.  Good luck on the school board and thank you for your service to our community.  Thanks also to all the other candidates; you may hear from me in the future as board vacancies arise. 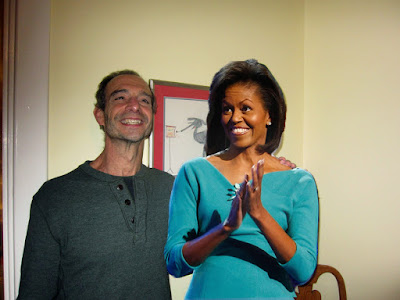