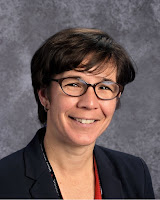 Rebecca Noe was selected as the new principal of Oyster River High School at the June 16, 2021 school board meeting. She's been Assistant Principal at nearby Bedford High since 2016. She starts in a couple of weeks, this July 1.  Congratulations Principal Noe.
Ms. Noe was at the school board meeting to accept the position and thank the board and superintendent. I believe she mentioned she's also currently pursuing a doctorate in education.
Here's her biography from Bedford High, reproduced without permission.

Rebecca Noe earned her Bachelor degree in English from Florida Gulf Coast University and her Masters in Educational Leadership from SNHU. She taught in Florida, at Estero High School, before moving to New Hampshire in 2004. She spent 11 years teaching English at Pinkerton Academy and 8 years teaching adult education at the Manchester School of Technology and Pinkerton. She was a member of the Adult Education Advisory Committee for the Department of Education and wrote curriculum for adult education classes. An avid runner and triathlete, she coached cross country and track for 13 years at both the college and high school level. She has completed 10 marathons including 3 Boston marathons. Mrs. Noe is married and has three sons; one attends Johnson & Wales. One is in the construction industry and the youngest is a freshman in high school.

I guess it helps to be a marathon runner and triathlete to keep up with those high school kids.

Her LinkedIn page has an 11 month stint at Concord High School, presumably as a teacher, omitted from the above bio.  There's remarkably little mention of her in the local news; I only found a couple of quotes in some not particularly noteworthy articles. 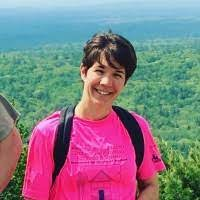 Principal Noe emerged as the victor of a hurried search that began about six weeks ago.  Eighteen candidates applied for the position. After a fast yet extensive winnowing process, the top two candidates were brought into the high school for meetings with students, staff, faculty, administration and parents.  The district also sent teams to visit the current schools of the two candidates.  Superintendent James Morse chose Ms. Noe as his nominee, which the board approved unanimously last night.

The quick, successful search avoids the prospect of another year with an interim principal.  We had one a few years ago when Todd Allen was promoted in a similar way.

I've never mentioned the outgoing student representative to the Oyster River Cooperative School Board, Megan Deane.  She's been an outstanding student representative, probably the best I've seen in all my board watching years.  Most student reps sit pretty quietly until it's time for their report, or when prompted for a student view on some matter in front of the board.  Ms. Deane broke that mold, contributing to many discussions like any other member.

Among many, there was this wonderful tribute from Special Education Director Catherine Plourde:

[Megan] I just wanted to say [...] that I have learned an incredible amount from you.  We don't get to interact very often, but watching you and observing you, I think you are the best active listener I have ever met. When you engage with us, I really have seen you listen to learn, you listen to understand, you listen to analyze, you listen to provide us with feedback.  You aren't listening to respond, and that is extremely admirable.  The critical thinking skills you have are just incredible.  I applaud you.  I learned a lot. When I would listen to you, I would rethink about some of the things I was doing.  I think that you have been such a credit to us, so thank you for that. 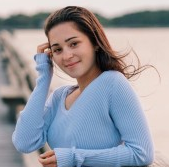 Back the video up to 7:00 to see the board and administration pay tribute to Ms. Deane as well.  She'll be attending UNH in the fall.

I haven't seen her without her mask for a while so I don't really remember what she looks like.  Here's a picture of someone named Megan Deane off the internet -- hope this is her.

Next year is shaping up to be a pretty typical year, with everybody in the school buildings.

Here are some year end videos you might want to watch.